“..not a day goes by that we aren’t thankful that Mary K was brought into our lives.”

Mark and Rob matched with a young birth mother who was living in the St. Augustine area with very little support from family or friends. The couple quickly became close to their birth mother, often driving hours to meet her for a meal or doctor’s appointment. An open adoption comes with challenges but Mark and Rob handled each of these challenges with kindness and grace. Mark stated, “Mary K provided us not just with her valuable time and legal expertise, but with her much needed compassion and kindheartedness. She talked us down when we panicked, always gave us the best advice in interacting with our birth parents, and never failed to return a phone call or e-mail within a reasonable amount of time… not a day goes by that we aren’t thankful that Mary K was brought into our lives. 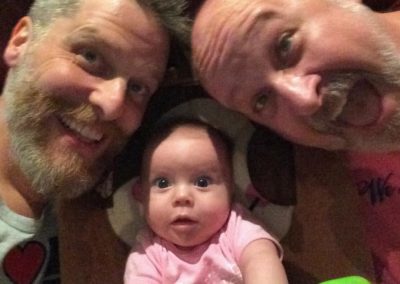 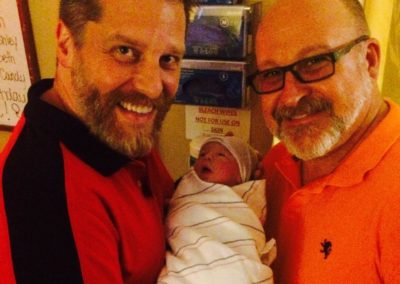 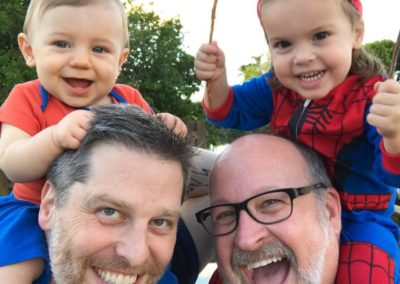 “They were able to adopt within a reasonable time of beginning the process.”

Laura and Rick spent many years attempting to conceive before moving on to adoption. Hard working scientists, they were committed to their adoption budget and saved resources by matching on their own instead of through an agency. While it took an incredible amount of work and patience, there were able to adopt within a reasonable time of beginning the process. Matching directly also facilitated a very positive and loving relationship with their birth mother. 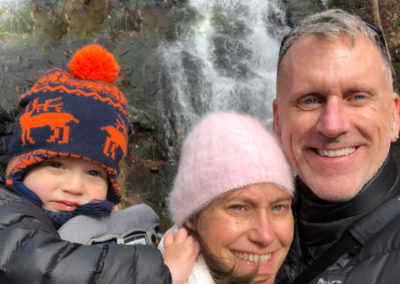 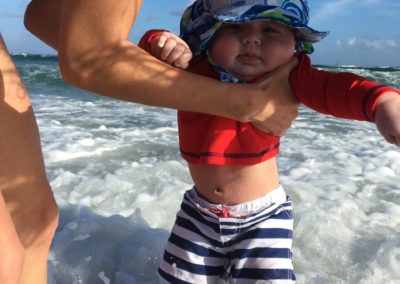 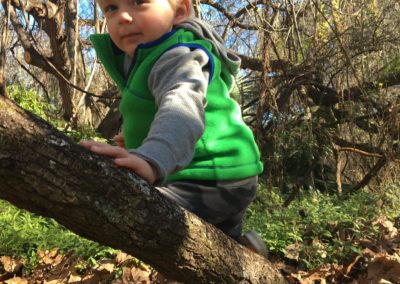 “These kids have no choice about the heartbreak they experience. If we don’t help them, who will?”

After struggling with infertility, Tina and Shauwn began exploring the adoption process. The young couple first thought they couldn’t “handle” being foster parents given their busy work schedules and the possible heartbreak of parting with a child placed in their home. However after attending the training, they realized they could not say no. Tina and Shauwn fostered a baby for 4 months with weekly sibiling visits before the child was placed with a relative. They then fostered two brothers, ages 15 months and 2 years old, for about 5 months. They helped the boys transition to reunification with their mother and continue to have a positive relationship with the family. While they were fostering the two brothers, an infant was placed in their home. His parents were homeless and unable to care for him. They developed a relationship with the parents who eventually asked Tina and Shauwn to adopt the infant. Their adoption finalized a few months later and they are looking forward to fostering more children in the future. Tina stated, “we realized we are stable adults and we can handle the heartbreak of kids leaving our home, but these kids have no choice about the heartbreak they experience. If we don’t help them, who will?” 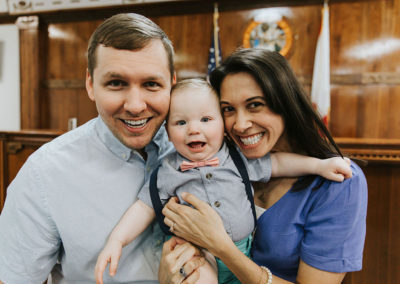 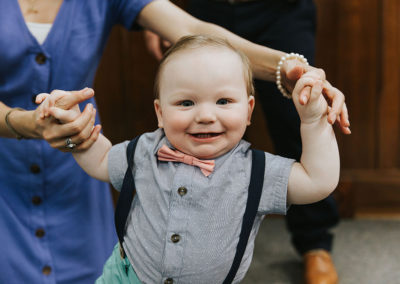 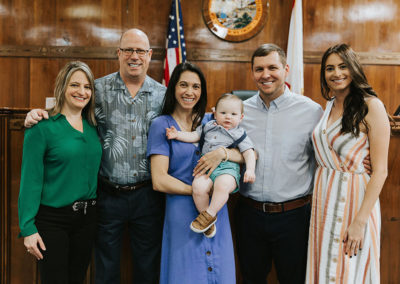 Hear From Our Happy Clients

Mary K is absolutely the best! She works very hard to make sure everything is as smooth as possible. She helped us with 3 adoptions, one of which was a bit difficult, but we managed to get it done, thanks to her. She is professional, and compassionate and is truly doing God’s Work everyday! We love her!!

What an amazing human! When you are looking for an attorney, you are in a tough spot and need help. Mary K. has a reputation as a preeminent practitioner. In my experience, she lived up to all of the positive things I heard about her skill. But her approach to my case and to me as a client was amazing. In tough situations, ones that can affect your whole life, Mary K. was able to be a stellar Attorney while keeping the humans in the room at the forefront. You would be lucky to have her on your team.

Mary K. Wimsett is an amazing attorney and will fight for you all the way. She is extremely caring and compassionate and one of the hardest working attorneys I have ever had the pleasure to work with. After years of trying to settle our case, she was able to get it settled in 3months. Mary knows her stuff and will work hard for you and your family.

Mary K and her assistant, Amanda, were a Godsend to our family. Always professional and quick to respond to every aspect of our legal matters. I would HIGHLY recommend her and her law firm. I personally will be forever grateful and blessed to have had this business relationship. doing God’s Work every day! We love her!!

Mary K. Wimsett was essential to our adoption process. It was a whirlwind, and she was thorough and patient with my millions of questions.

Let us help your family through this process.

Call For a Free Consultation